Add to Lightbox
Construction on the Cathedral church of Christ the Saviour began in 1995, when Kosovo was still ruled by Serbia. The work was halted by the Kosovo War (1998-99) and today the church remains unfinished. The future of this Serbian Orthodox structure is a source of controversy.

To many of Kosovo’s majority Muslim and ethnic Albanian population, the building, located on the University of Pristina campus, is a symbol of oppression, its intended purpose not primarily to be a home for a worshipping community but to be a form of “physical and institutional aggression” (the words of Shemsi Krasniqi, a local lecturer in sociology). Many see its construction as a power-play by political and religious authorities in Belgrade, a good example of how not to use religion and religious structures. Some would like to see it torn down.

Serbian Orthodox leaders, however, argue that the church should be completed. Serbian Christianity has deep roots in Kosovo, and the idea of tearing down the building is offensive.

And so the building sits there, a shell, a thorn, and a reminder of a general principle: that neighbors can have a painfully intertwined history, and that working through that history is not easy. 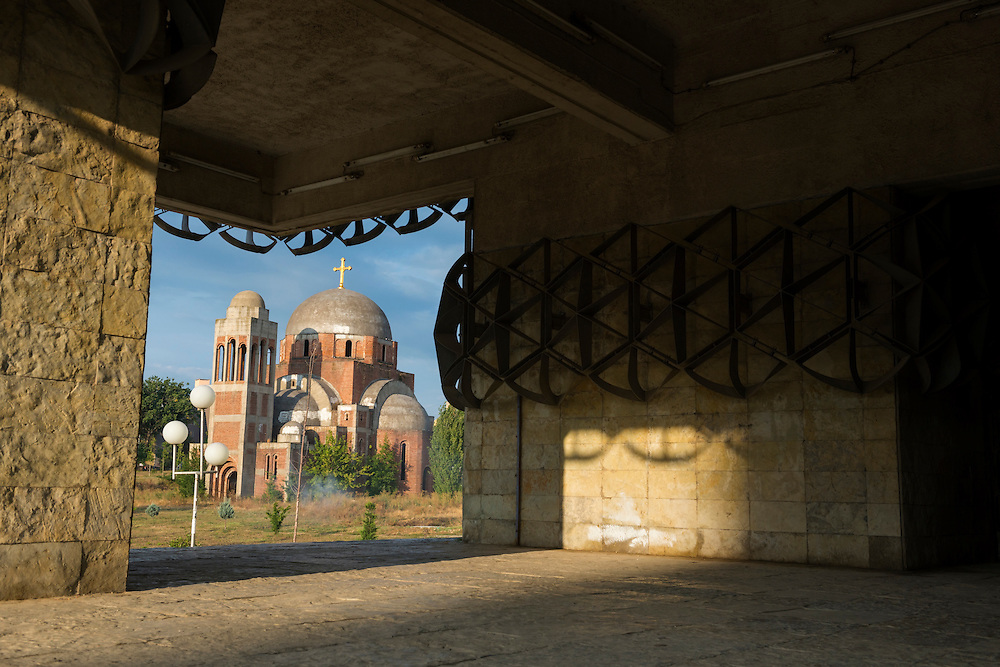