Add to Cart Add to Lightbox
A military camouflage pattern is painted on a bus stop at Tigranakert, Nagorno-Karabakh. In the late 1980s and especially in the early 1990s, Nagorno-Karabakh was convulsed by war as Armenians and Azerbaijanis fought over control for the territory. Populated mostly by Armenians, since 1991 it has been a de facto independent state, the Republic of Artsakh. Internationally, however, it is still recognized as belonging to Azerbaijan. The conflict continues to simmer today. 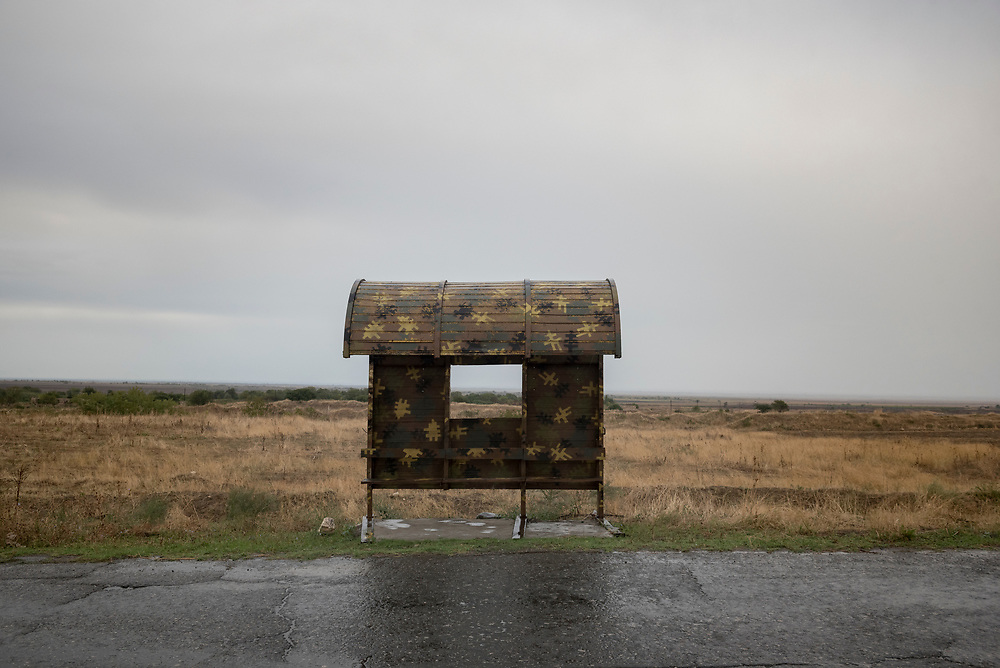