Add to Cart Add to Lightbox
A dirt road runs past an old, abandoned building in Shushi, Nagorno-Karabakh. A plaque in front of the building states that it is “The Zhamharyans House and City Hospital (1852)”. In the early 20th century, Shushi (Shusha in Azeri) was a more populated city than it is today.

The city contained a mixed Armenian–Azerbaijani population until about a century ago. Following a massacre in 1920 by Azerbaijani forces and their Turkish supporters, the Armenian half of the city’s population was mostly killed or expelled. When Armenians captured the city during the Nagorno-Karabakh War in 1992, the Azerbaijinis were driven out. Today, Shushi is almost exclusively Armenian. 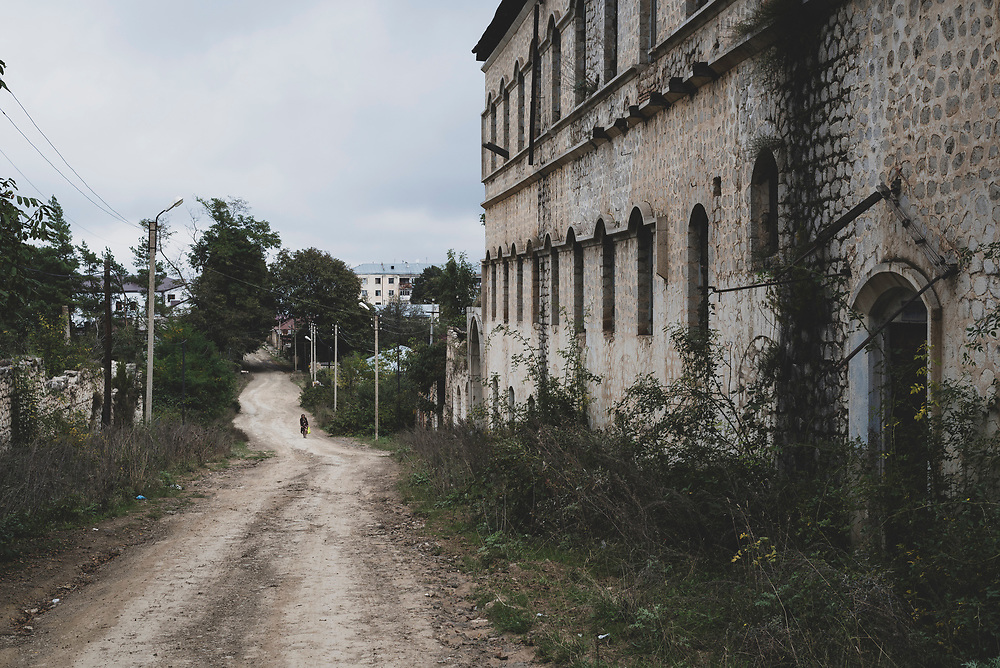